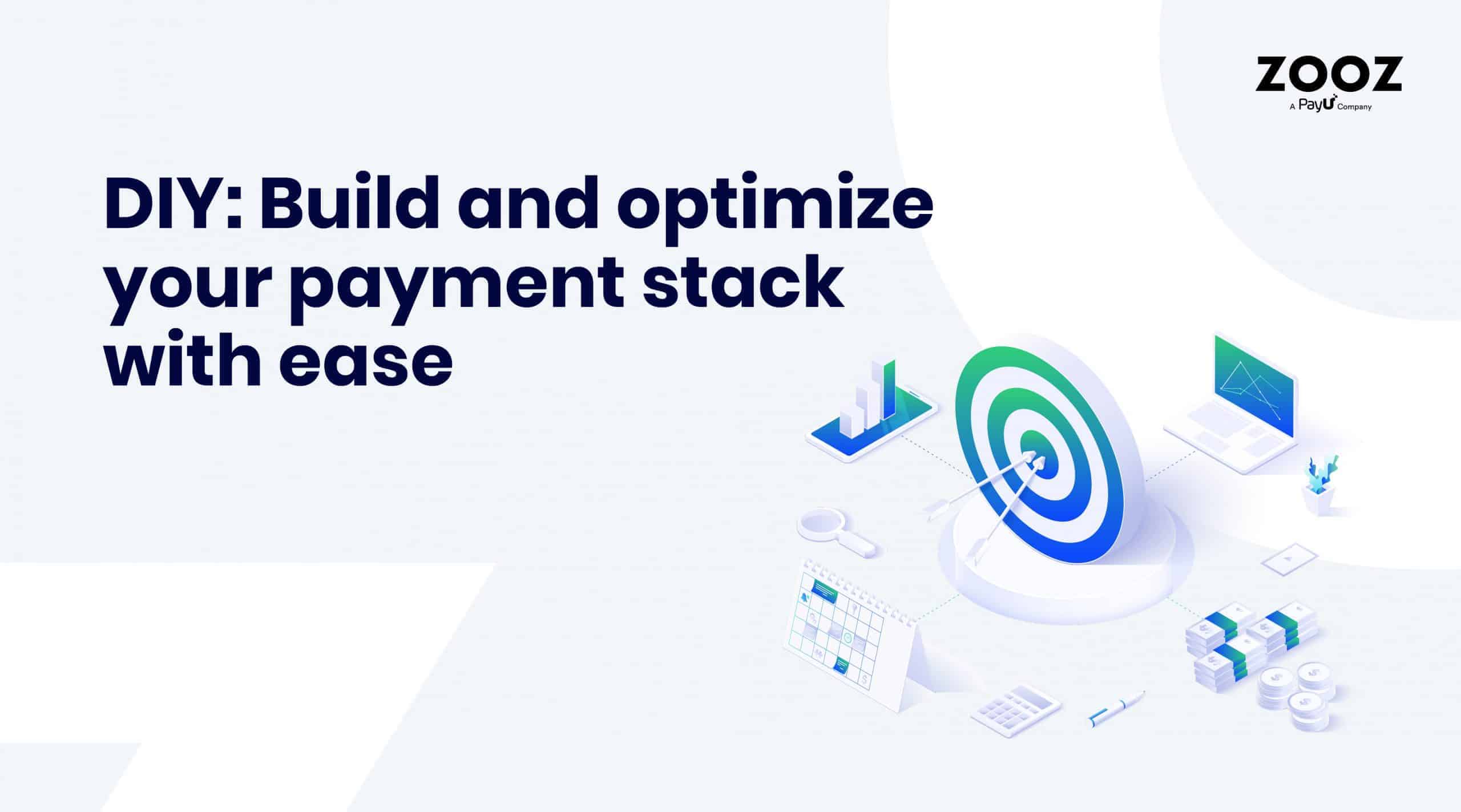 The best inventions are the simplest. That is why we at ZOOZ created a set of simple tools that harness your company’s transactions to grow your revenue.

ZOOZ’ helps you get to know your payments with clear, KPI-driven analytics. Once you know your payments, analyzing them and deciding on the next steps to optimization is easy. PaymentsOS empowers you to manage and optimize your multi-currency, cross-provider payments from a single platform.

One of PaymentsOS’s strengths is allowing merchants to work with multiple providers in order to increase payment acceptance rates and optimize fees. With PaymentsOS, you have visibility into each of your payment providers’ performance, and you are able to easily compare them and identify the one with the better approval rates. Drill down into your data to spot exactly which parameters affect your approval rates, and optimize accordingly. Higher approval rates and better fees, of course, mean an increase in your company revenue.

You set the rules — and we take care of the rest. In the Control Center, you can set rules that direct your traffic exactly where you want it to go, and we make sure it gets there. As soon as you set up the rules, you can start tracking your traffic to see impact of transaction routing rules on your payment performance. Still not satisfied? Tweak the rules, apply, and track again until your company reaches its payment potential.

We know that every failed payment hurts, and so we developed another simple tool to rescue your lost transactions: Instant Retry.

Are declined payments burning a million dollar hole in your pocket? Here’s another way PaymentsOS helps optimize your payments. We know that every failed payment hurts, and so we developed another simple tool to rescue your lost transactions: Instant Retry. If a payment is declined or rejected by the payment provider, you do not have to give up. Instead, PaymentsOS helps you rescue lost transactions by sending them again to the same provider or to a backup provider.

How ZOOZ merchants optimize their payments

One of ZOOZ’s biggest merchants who provides transportation services has a very unique and unusual payment model. While most merchants charge their customers before providing the product or service (first you pay for your new shirt, and then you receive it in the mail), this merchant charges the customer after they have provided the transportation service. This happens because the payment amount varies from customer to customer, and is uniquely calculated at the end according to the exact service provided. Because of this, the payment amount is not known until the end of the service, and the customer can only be charged after the service has been provided.Because the payment is processed after the service is given to the customer, declines are especially problematic for this merchant, and the resulting low approval rates are especially painful.In order to increase the merchant’s approval rate, we started tracking the reasons for decline. We did this by drilling down in the PaymentsOS Control Center to pinpoint the specific parameters that influenced the declines. The Control Center showed us a large number of failed transactions coming from one of the merchant’s most important payment providers. The error messages did not contain an error code nor an error message, so it was impossible to understand the reason for the failures.

The Control Center showed us a large number of failed transactions coming from one of the merchant’s most important payment providers.

Cue in Instant Retry! Thanks to PaymentsOS’s new Instant Retry tool, the merchant was able to easily retry all of these failed transactions. The merchant simply set a rule in the Control Center to send all unknown failures to another processing attempt via the same provider. Once the rule was activated, the payments were sent to be re-processed. ‍

Thanks to PaymentsOS’s new Instant Retry tool, the merchant was able to easily retry all of these failed transactions.

Some of the payments were successfully charged during the second attempt, and we were able to recover 4.57% of the merchant’s failed transactions during one month. A single Instant Retry rule translated into over 1,700 saved transactions and more than $9800 dollars in recovered revenue.

Like many multi-million dollar companies, this international flight ticket seller and ZOOZ merchant ran into problems when trying to expand their payments globally. When this merchant’s business was small, they only had one local acquirer. However, sales kept coming in, and the merchant started accepting payments from international customers and routing them to their local acquirer. This is when the merchant encountered cross-border crossing conditions for the first time.The merchant discovered that, compared to local payments, their international, cross-border payments were far less successful. The merchant’s approval rates for their cross-border payments were performing much worse than their local payments, and they were losing many sales due to declines and rejections!‍

The problem, the merchant found, was that issuing banks are more likely to approve payments that come from a local acquirer and in a local currency. In contrast, issuing banks are more likely to decline transactions that come from foreign acquirers and that are in a foreign currency. In addition, some acquirers have lower approval rates for certain card brands or card types. For example, if an acquiring bank is located in the US, and the shopper’s credit card issuer is in Spain, the transaction has a much higher probability of being declined by the issuer than if the acquiring bank were located in Spain. In another example, a Diners transaction may be declined by one acquirer and accepted by another simply because of that acquirer’s particular approval algorithm.Because this merchant sells flights all over the globe, and accepts payments from customers located everywhere — in the US, Europe, Asia, the Middle East and Africa — it was critical for the merchant to get their international payments in order.

First, the merchant took advantage of PaymentsOS’s simple processor tool to add acquirers all over the world. Then, the merchant used PaymentsOS’s dynamic routing feature to create rules that sent local payments to the best-performing local acquirers.The next step in the merchant’s optimization process was tackling declined payments. The merchant found that a major percentage of their payment declines came from credit card issuers. When it comes to online payments, card issuers are quick to decline transactions for a wide variety of reasons. The issuer is the entity that is in charge of credit card validation, verifying the line of credit and combating fraud attempts to make sure the transaction is legitimate and that the cardholder can afford the payment. Therefore, there are many parameters that the issuer checks during a request to approve a transaction. The majority of issuer errors are related to insufficient funds in the cardholder’s bank account or exceeding the line of credit in a given credit period. The merchant used the PaymentsOS dashboard to view their rejected payments. They saw many of their payments failed due to issuer declines, returning errors such as “The (issuing) bank refused the transaction”, and “Do not honour (the credit card)”.

Using PaymentsOS’s simple Instant Retry tool, the merchant configured rules to resend all issuer-declined transactions to a different, second provider, in hopes that the second provider would be able to approve some of the payments rejected by the first provider.

Cue in Instant Retry. Using PaymentsOS’s simple Instant Retry tool, the merchant configured rules to resend all issuer-declined transactions to a different, second provider, in hopes that the second provider would be able to approve some of the payments rejected by the first provider.

Way to go, Instant Retry! With the click of a button, Instant Retry recovered thousands of transactions for the merchant. For example, a 961.12 USD transaction was initially processed via Wirecard and received the following error: “The issuer returned Declined. Please check with Issuer, or use different card.” Thanks to Instant Retry, the same transaction was immediately sent to a different processor, dalenYs, with the exact same card, and this attempt was processed successfully. A thousand $$$ recovered in a heartbeat.

Thanks to the Instant Retry tool, the merchant was able to save 1.1M$ in 30 days.

The merchant used PaymentsOS’s A/B Testing feature to check which acquirers were best for which payments, and which providers had the best Instant Retry results. After multiple A/B tests such as the one in the example, the merchant was able to analyze which of their acquirers had the best approval rates in each region and configured the Instant Retry rules accordingly. 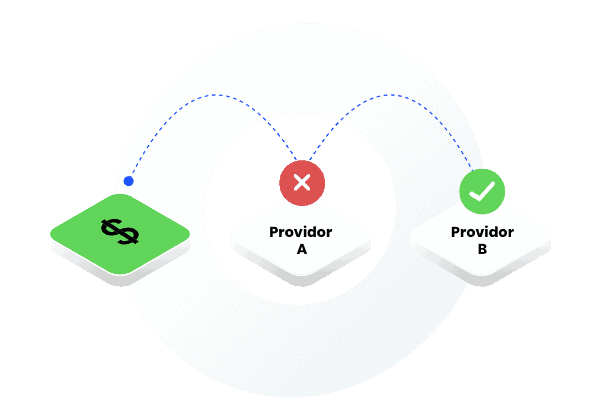 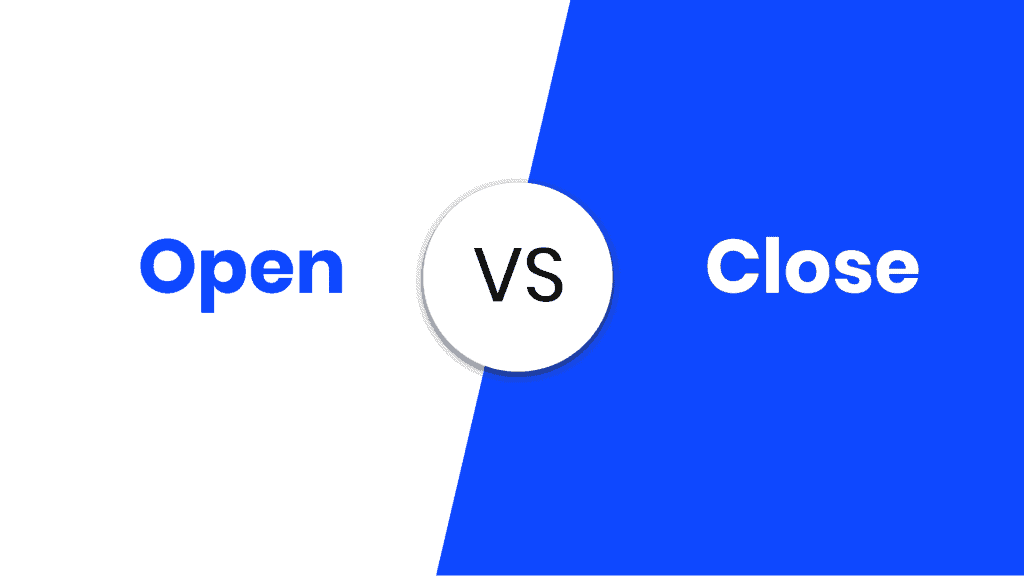 How to choose between open or closed payment platform